Showing posts from December, 2016
Show all

Garden tip - Obey the Request of the Stone 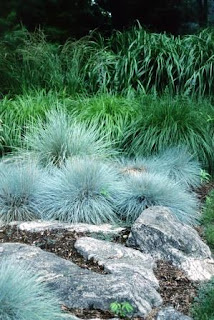 rocks and blue fescue - Johnsen Landscapes My upcoming book, The Spirit of Stone (published by St Lynn's Press) will be out in February, 2017 .  It looks at many ways you can use natural stone in the garden from artful accents and stone walks to sustainable dry creeks and rock gardens. One of the topics I address is the art of setting stones in a rock garden. I once lived in Japan (I worked in a landscape architecture office in Osaka) and so I feel a special connection to Japanese rock gardens.   In my work with placing rocks (often with large machines) I always listen to what the stone says. Sometimes, after a tough time placing a rock , I say that the stone does not want to be there and remove it.   I used to think that this conversation with a rock was my unique approach. But I was wrong.  I also said that the first rock to be set determined the rest of the rocks in the garden and so this was the most important. Again, this was an old rule that I thought I m
Post a Comment
Read more

The Enchantment of a Curved Garden Walk or Wall 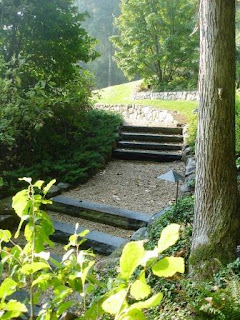 Curved Walk - Jan Johnsen The line of a garden walk can be an integral part of the overall composition rather just a simple linkage. And the layout of a garden wall can be something more than a physical barrier.  For example, ancient Chinese garden designers used curving perimeter walls to enclose their revered gardens.  Osvald Siren described the winding grace of a Chinese garden wall in his book, 'Gardens of China': “They seldom follow straight lines, and as a rule are not broken in sharp angles; they rather sweep in wide curves, ascending and descending according to the formation of the ground and thus often have the appearance of being elastic or modeled rather than built up.” The elasticity of a curve lends a mysterious air to Chinese gardens. Andy Goldsworthy, the great land art artist, did this with a stone wall at Storm King Mountain Sculpture center. You can also attract people’s interest by laying out a walkway in a strong, playful line. Here I la
Post a Comment
Read more

The Garden Lady chats about Heaven is a Garden 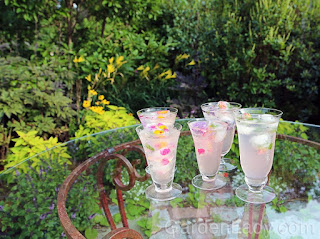 C.L.Fornari photo of flower ice cubes in a serene garden in Cape Cod C.L. Fornari, aka The Garden Lady, has a wonderful garden radio show that  airs every Saturday on the Cape Cod station WRKO from 12-2 p.m. You can hear it as a podcast online. Her show covers many gardening and landscaping topics and she discusses her favorite plants and answers listeners' gardening questions.  C.L. is also the author of the inspiring book,  The Cocktail Hour Garden: Creating Evening Landscapes for Relaxation and Entertaining The Cocktail Hour Garden shows how to enjoy that special evening hour in the garden I was especially thrilled a week ago to be interviewed by C.L. about my book, Heaven is a Garden.   She asked some great questions about what is music for the eye in a garden and how to make your garden in tune with the four directions. C.L. is an insightful interviewer and I wanted to  share our short and fun chat with you! Click  below to hear our conversation or even read
Post a Comment
Read more
More posts