Showing posts from September, 2010
Show all

Reminder: Today - Thursday, Sept 30 at 3:00 pm Eastern - I will be on Bente Hansen's internet radio show, 'Intuitive Healing'...We will discuss 'The Benefits of Finding Serenity in Nature' ...it is on Voice America - 7th wave Network...
Since 1999, Bente Hansen has assisted clients internationally in their journey to w...ellness and inner harmony. She is an inspirational speaker and an amazing energy healer, channel, medical intuitive, author and teacher. not to be missed....

My Upcoming Guest Appearance on Internet Radio with Bente Hansen 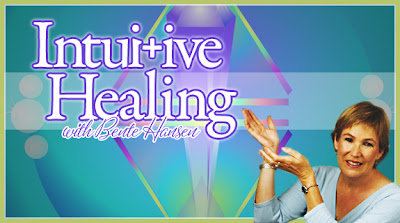 Thursday, Sept. 30 at 12 Noon Pacific Time on 7th Wave Network
Log in to Listen to my Radio Interview on Bente Hansen's compelling and fascinating show,
INTUITIVE HEALING
Log on to Listen, click on the following: Voice America Radio Network

She has asked me to be her guest on Thursday, Sept 30 at 3:00 pm Eastern to discuss
'Explore the Benefits of Finding Serenity in Nature'
Since 1999, Bente Hansen has assisted and empowered clients internationally in their journey to wellness and inner harmony. Bente is an inspirational speaker, energy healer, channel, spiritual counselor, medical intuitive, author and teacher.

She has published two books, Messages From Beyond and The New World of Self Healing. I can personally attest to her phenomenal abilities and incredible insight....


It should be an interesting program! The blend of her insight and metaphysical view of the world with my 'earthly delight' approach ( thanks J. Nolte for that ) ....Yin and Yang for sure. 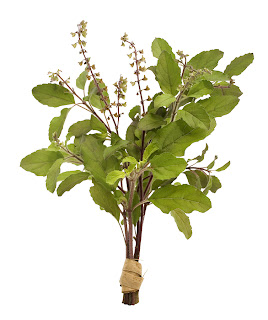 I am sitting here, drinking a lovely cup of Tulsi tea, and I realized I should share tulsi with all...Tulsi tea provides a calming effect and its anti-stress properties are well known in India.

Also known as the Queen of Herbs, it is the most important plant in the Hindu way of life.


What is Tulsi (Holy Basil)?

TULSI  (Ocimum sanctum), known as Holy Basil - is the sacred herb of India. (Please note it is a different plant from the pesto variety of Basil, Ocimum basilicum.)

It has been revered for over five thousand years as a healing balm for body, mind and spirit.

The leaves, flowers, fruits, root, branches and the main stem and everything about Tulsi is sacred in India; even the soil under the Tulsi plant is holy. ( Padmapurana 24/2)

Vana Tulsi
Tulsi  is indigenous to the Indian subcontinent. It is a bushy shrub about 18 inches high with oval and serrated leaves (the leaf colors range from light green to dark purple, depending on the variety). In the wild, tulsi…
15 comments
Read more

Our 'Larger Body' can be found in a Serenity Garden 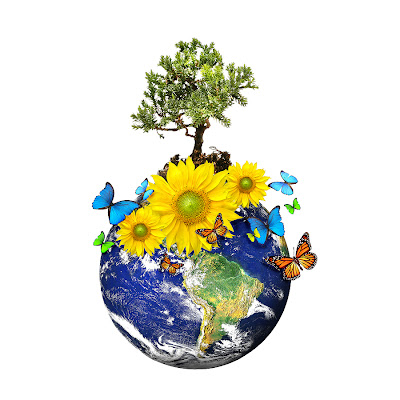 This world into which we were born is alive.
It is our larger body.
The intelligence that connects us to this natural world is far more encompassing  than we realize.


As Dr Joanna Macy writes,
"We are as intrinsic to our living world as the rivers and trees,


woven of the same intricate flows of matter/energy and mind.
Having evolved us into self-reflexive consciousness,


the world can now know itself through us,
behold its own majesty..." 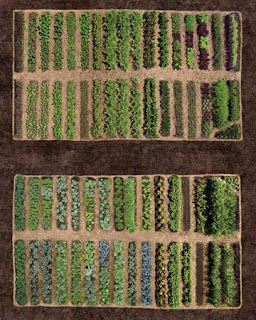 This is not my vegie garden - it belongs to Martha Stewart, literally down the road from my office.
A day ago I attended a cocktail party at the New York Botanical Garden celebrating Martha Stewart and her Edible Garden there. As usual, it was a gracious event, much as all Martha's endeavors are.


I walked through her Culinary Herb Garden, a display of the finest culinary herbs personally selected by Martha. The three tuteurs  (I call them metal obelisks but what do I know?) in the garden were the lovely feature of the herb beds.....


The tuteur in Martha's Herb Garden

This herb garden is referred to as an edible garden. I call it an herb garden..this leads me to ask - How is an edible garden different from an herb or vegetable garden?  The contents? The layout? The location? The intent?
Garden to the left is also Martha's...

Whatever the answe…
6 comments
Read more 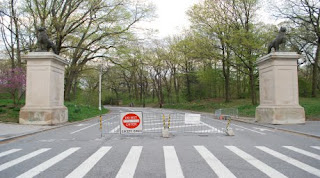 Can you think of a better way to greet visitors to Prospect Park than police barricades?


The Park Slope Civic Council is sponsoring a design competition for a new Third Street entrance gateway to Prospect Park, to replace the existing New York City standard movable barriers, and it will be a highly visible, significant new architectural element of the Park.

The nation’s first urban Audubon Center, the Prospect Park Zoo, and the Celebrate Brooklyn! Performing Arts Festival are just a few of the cultural attractions that make their home here…
1 comment
Read more

With these tips, anyone can grow lavender - CSMonitor.com 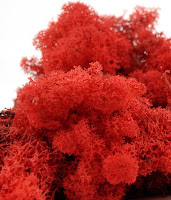 Softened preserved natural Norwegian reindeer moss is a fun decorative touch for potted plants, the perfect covering at the base of plants, dried arrangements, mossy tree branches, set around stones, and any other idea you may have. It comes in a wide variety of colors which makes it a must have, especially in autumn...

You can buy it in boxes or bags.

Here are some colors (among many):

It is really a lichen - a combination of a fungus and an alga, which form a symbiotic relationship and a new plant. The algae have chlorophyll and are capable of making their own food, while the fungus has spongy threads to support the plant.

There are so many things you can do with this living material....Make items from it like shown below:


Or make 'high art' from it.  The artist Olafur Eliasson made an entire wall from reindeer moss and has exhibited it in museums around the world....(why didn't I think of that?)

This installation is appropriately titled Moss Wall.  It is a wall covered…
2 comments
Read more 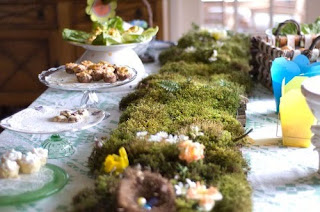 Moss and serenity go together......

Many gardeners have become interested in using moss in their landscapes. But imagine capturing the lush serenity of a moss garden and shrinking it down in a miniature tabletop moss garden. The deep colors and textures of moss can create an outdoor (or indoor) container garden that is soothing to look at and fun to touch! How to do this? Well, the Martha Stewart people suggest filling a galvanized-metal planter (available at garden centers) with fresh potting soil and two kinds of Irish moss (the dark-green Sagina subulata and the chartreuse S. subulata 'Aurea') to create a checkerboard pattern. After a few days, they say you plant the moss in your garden. What a great idea!

this is from \- Marthastewart.com: Outdoor Entertaining Ideas and Recipes


The Moss Acres website also sells a Tabletop Zen Garden in a Japanese-style ceramic bowl that features an assortment of Mosses, Christmas Fern, and river stones. You put it together yourself.... Water …
4 comments
Read more
More posts