Showing posts from November, 2013
Show all

Photo of the Day - Moss in the Landscape 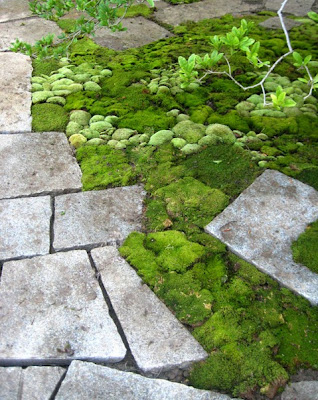 Ben Young, landscape architect, used different varieties of moss in this serene landscape. The different colors and textures are provided by a variety of moss, specifically, cushion moss, hair cap, rock cap and some sheet moss.   They are growing in the shade of a Royal Star Magnolia tree.

The moss came from Moss Acres. 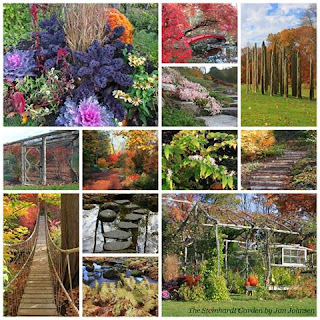 I just wrote an article about the amazing Steinhardt Garden for the great Garden Design newsletter...

I took the photos a few weeks ago on a clear, November morning..Please click on this to see the article:


Here are some other photos I took of Steinhardt (besides the ones I included in the article) :

Steinhardt Garden photo by Jan Johnsen
This last photo is in the article and I describe what it is....

Before and After - Making a Backyard more Serene 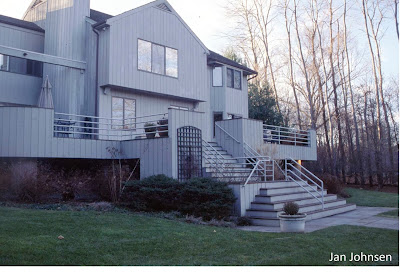 When this family asked me to make their backyard more serene and usable they never imagined I would tell them to alter their architect-designed deck!
But when I arrived and saw their property I quickly realized that the 'grand staircase' that led from their deck was more 'show' than anything else. It was perfect as a 'Gone with the Wind' stairway, allowing Vivien Leigh to descend in her long hoop skirt, but it did not fit a modern 21st century family.
My suggestion? Remove the staircase entirely and build one on the side of the deck.  The husband was a little taken aback by my idea and thus I did not hear from him for another 6 months. But when he called he told me that he was ready to modify the deck.

Listening to the Earth Spirits in a Garden 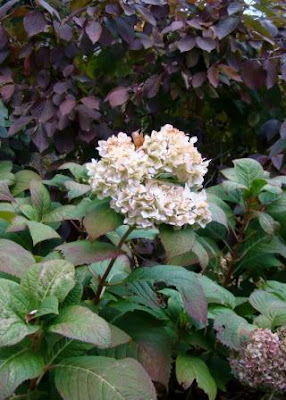 A last Hydrangea in front of Doublefile Viburnum - November in my backyard
"While my gardens, admittedly neglected this summer, have morphed mainly to daisy-yellows and a plethora of pink malvas, the flowers from my friend Sharon's garden in Watertown, Massachusetts still flourish. But you should know that Sharon speaks with earth spirits and they obviously help." ~ Sophia Serve
Crabapple in my garden in November
I love this - a mention by Sophia serve that Sharon speaks with earth spirits explains it all: "and they obviously help..."

I know that professional landscape designers - such as myself - should not acknowledge the earth spirits but while others may discuss clumping and mingling of plants I am here to broach the more murky subject of earth spirits.. :-)

So in that light, here is my November ode to Earth Spirits:
Hellebore from Pine Knot Farm in my November garden
'Speaking with Earth Spirits' - Jan Johnsen
Deep down, in the warmth of the fecund ear…
6 comments
Read more 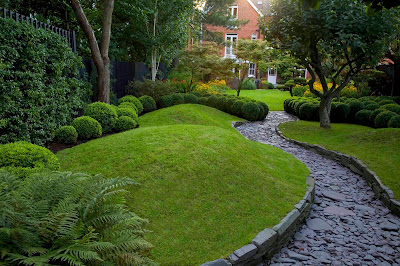 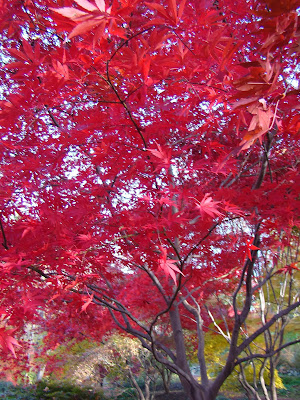 It is November and here, in the Northeast of the U.S., the breezes are blowing, the rain is finally here and the leaves are falling, falling....
So we must content ourselves with the sweet leftovers - the berries, the cabbages, the mums and some lovely remaining leaves.
The ones on the Japanese Maples are brilliant this year:
photo by Jan Johnsen

The berries on the winterberry - Ilex verticillata - are in their glory. All ready to be made into a Thansgiving wreath.

from kidsgardening.com
The planters are filled with mums,pansies and more.


The crabapples are studded with their finest jewelry:

And even the puddles don't look so bad at this time of year.

Photo of the day - Plumeria Blossoms

Photo of the Day - and a Thomas Rainier Quote 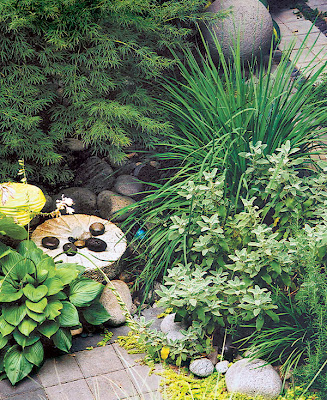 "We need alchemists who can turn our banal residential yards into spaces for dwelling.
But a garden is a relationship.
The best a designer can do is to make the introduction."
~ Thomas Rainier

Photo of the Day - Mossy Rock by David Phipps 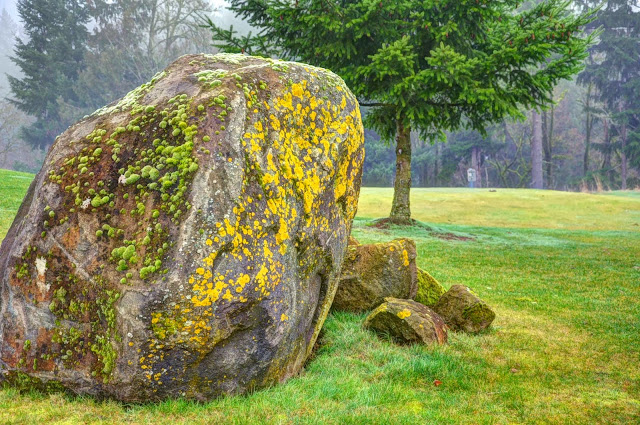 
"When I touch a rock, I am touching and working the space around it.
It is not independent of its surroundings, and the way it sits tells how it came to be there."
- Andy Goldsworthy