Showing posts from April, 2014
Show all

William Kent, A Show about him is on Now 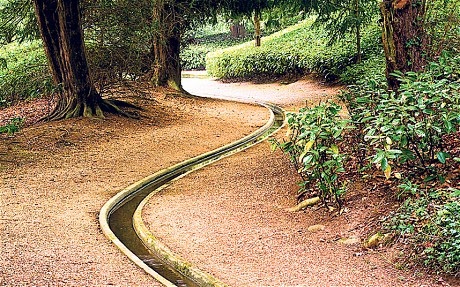 The first major exhibition dedicated to the great  English landscape designer, William Kent (1685-1748) opened March 22 at the Victoria & Albert Museum in London.  It highlights  this multitalented designer who designed monuments, furniture and yes - gardens.  But some say it does not talk enough about his talents as a garden designer, arguably his most original contribution.  I don't know because I don't live in the UK but anyone who does - can you go and tell me what you think of the show?   Kent brought a new level of sophistication to landscape design.  At one project, in  Rousham in the mid 1700's his  aim was to create and transform the natural landscape into an  Augustan   landscape to recall the glories and atmosphere of ancient   Rome . The Watery Walk as it leads to the Cold Bath  and on to the Octagon Pond in Rousham source.  http://marianboswall.blogspot.com/2010/05/pilgrimage-to-rousham-william-kents.html  "The garden i
4 comments
Read more 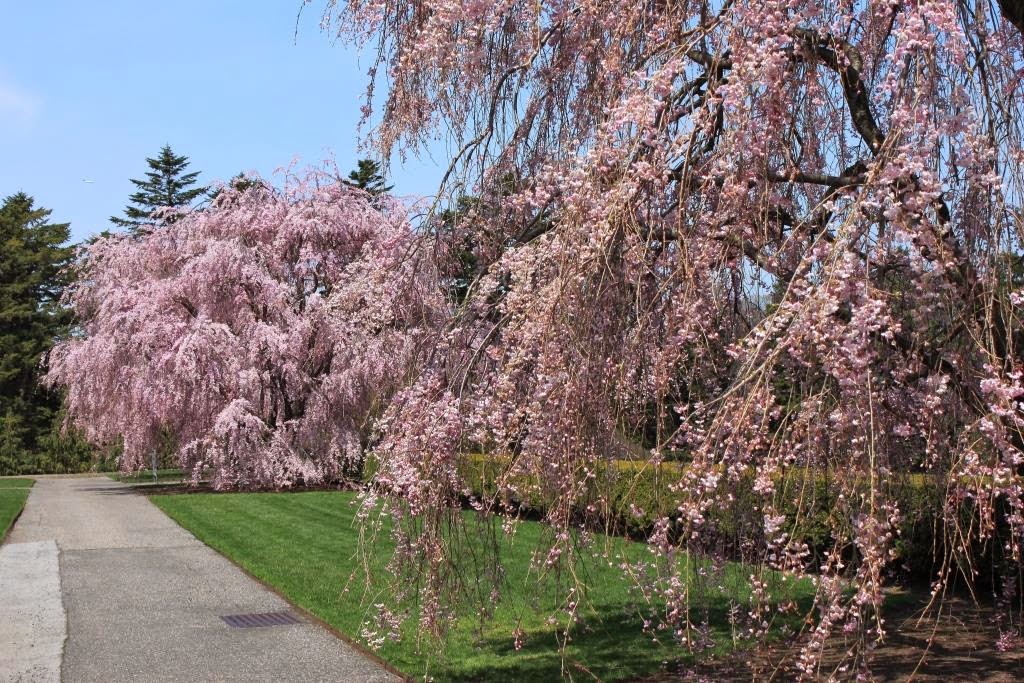 photo by Jan Johnsen     I had a book signing at NY Botanical Garden (NYBG) on April 25 - and as I walked in to the Conservatory,  I snapped this photo of the weeping cherry trees in all their spring glory.  Good timing - it poured rain the following evening.
2 comments
Read more

Cherry blossoms in Kyoto Japan, along Kano River The Tradition of  Hanami When I lived in Kyoto, Japan I was lucky to see Hanami in action.  In Japan, the seasonal blooming of cherry trees is celebrated nationally in an event known as  hanami   (flower-viewing).  The practice of  hanami  is centuries old; it began  during the 8th century, when it referred to the viewing of the  ume , or plum tree. But  later  hanami  was synonymous with ' sakura' - cherry -  and the  blossoming of the cherry trees was used to predict the next year's harvest. H anami  was a time to perform rituals marking the start of the planting season. These rituals ended with a feast under the cherry trees, and this persists to today.    Starting in late March, television weather reporters give the public daily blossom forecasts, tracking the "cherry blossom front" as it progresses from the south to the north.   Families, coworkers, and friends rely on these to quickly
2 comments
Read more

A Simple Garden Gate - Photo of the Day 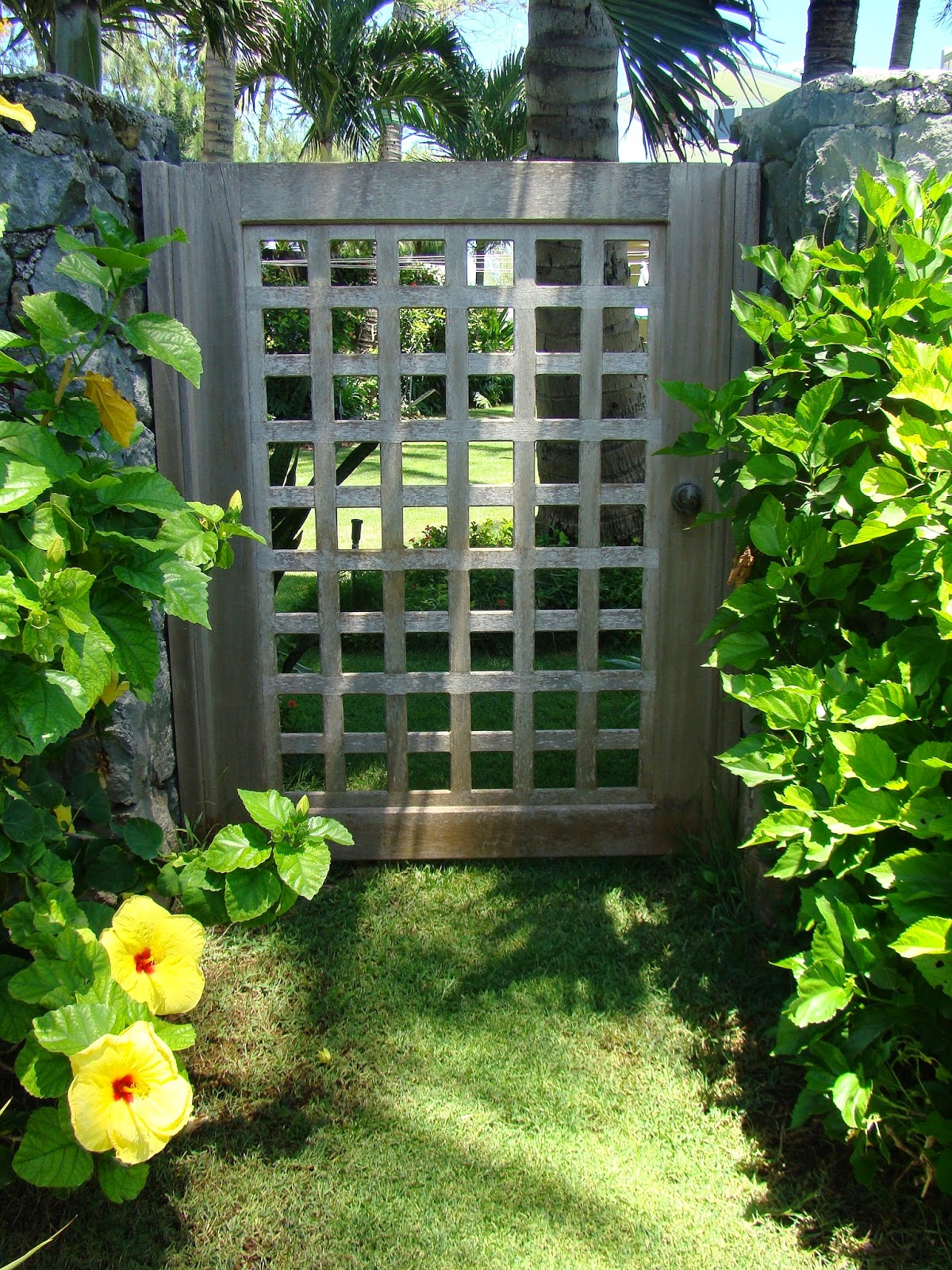 The power of a simple garden gate. It creates mystery, offers an invitation and sets a mood. If it faces East, so much the better...For more photos and ideas click here:   The Power of a Garden Portal on Garden Design.com
2 comments
Read more

The Cherokee Dogwood Clan - The Dreamers 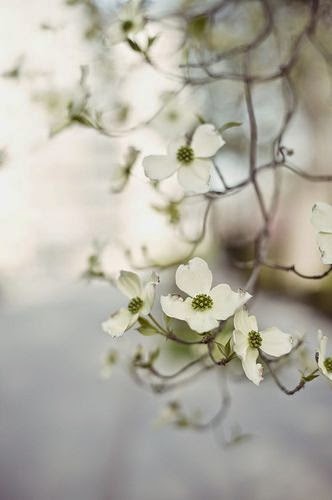 Flowering Dogwood blossoms The spring  flowering Dogwood is native to North America.  When in the wild, they can typically be found at the forest edge and on dry ridges.   They flower in early April in the southern part of their range, to late April or early May in northern and high altitude areas.  Cherokee Chief Dogwood from Heritage Nursery  Did you ever wonder why flowering Dogwood varieties refer to Cherokees?   I did.  There is:  'Cherokee Daybreak' - white bract; vigorous grower with variegated leaves. 'Cherokee Chief' - red bracts; red new growth. 'Cherokee Brave' - Even redder than 'Cherokee Chief', smaller bracts but dark red color; consistently resistant to powdery mildew. 'Cherokee Princess' - vigorous white bracts, industry standard for white flowers. 'Cherokee Sunset' - purplish-red bracts; variegated foliage. Twin Springs Nursery - Cherokee Sunset Dogwood The Cherokee believed that a tin
2 comments
Read more

Solitude (serenity in the garden) 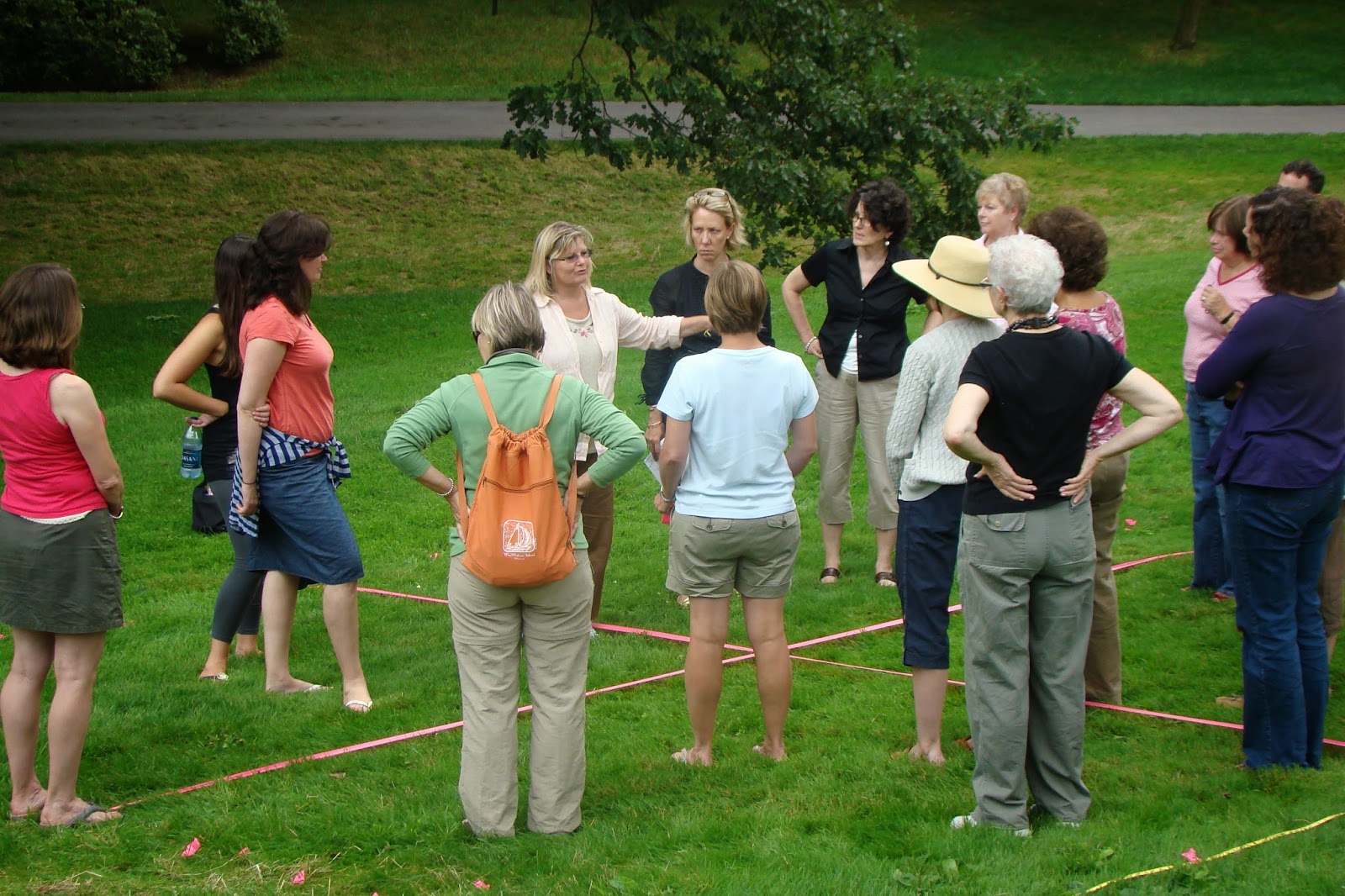 A wonderful class at NYBG - Jan Johnsen       I am off to give a class on the 'Secrets of Creating Serene Outdoor Spaces' at the NY Botanical Garden this morning.  I love this class because it allows me to really go into depth on many little known aspects of garden design. The NYBG venue is also so inspiring and I hope to take some photos of their magnificent daffodil walk...so many types of daffodils! And if I am lucky, after class, I  can walk on some hidden paths and enjoy NYBG at its most sublime. NYBG path What a treasure that place is...go explore - and take a class - whenever you have a chance!
2 comments
Read more 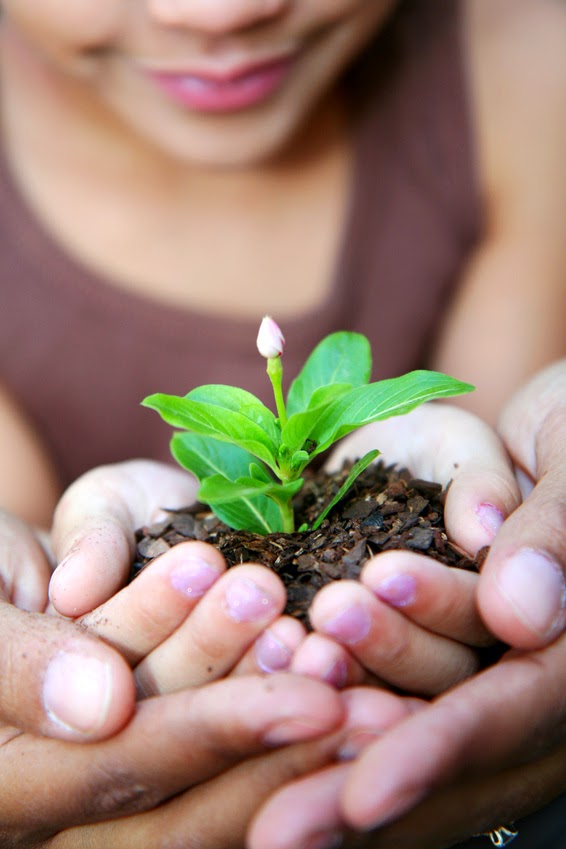 AN ODE TO SPRING....   O sweet spontaneous by: e.e. cummings (1894-1962)  sweet spontaneous earth how often have the doting   fingers of prurient philosophers pinched and poked   thee , has the naughty thumb of science prodded thy   beauty, how often have religions taken thee upon their scraggy knees squeezing and   buffeting thee that thou mightest conceive gods (but true   to the incomparable couch of death thy rhythmic lover   thou answerest   them only with   spring)
4 comments
Read more 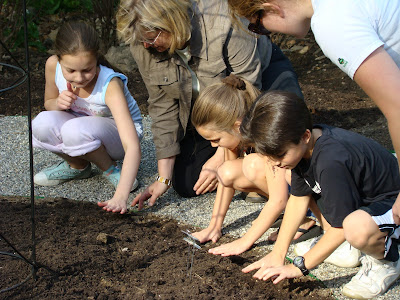 I am reprinting this post from last April...it is so timely!  3 secrets to a successful  CHILD'S VEGETABLE GARDEN: They should not be too demanding,  They should offer fairly quick results  The must not  require too much maintenance. But how to achieve this in a garden in the short few months before school is over in June?  Go to  kidsgardening.org  and also go to the wonderful post on Yardday  (click on name here) then, prepare, prepare, prepare. 1 .  First, your veggie garden site has to have full sun for over 6 hours a day. This is a must! And morning sun is preferable over 6 hours of late in the day sun. 2. It must be relatively level and have soil  deep enough  to sustain plant roots and facilitate adequate drainage (about 16 inches deep at least). No 6" to bedrock or placed atop asphalt. The soil has to be  prepared beforehand - not by the kids, but by adults.  The quality of the soil decides the success of the garden. Little kids c
2 comments
Read more

'Before and After' - Garden Photo of the Day 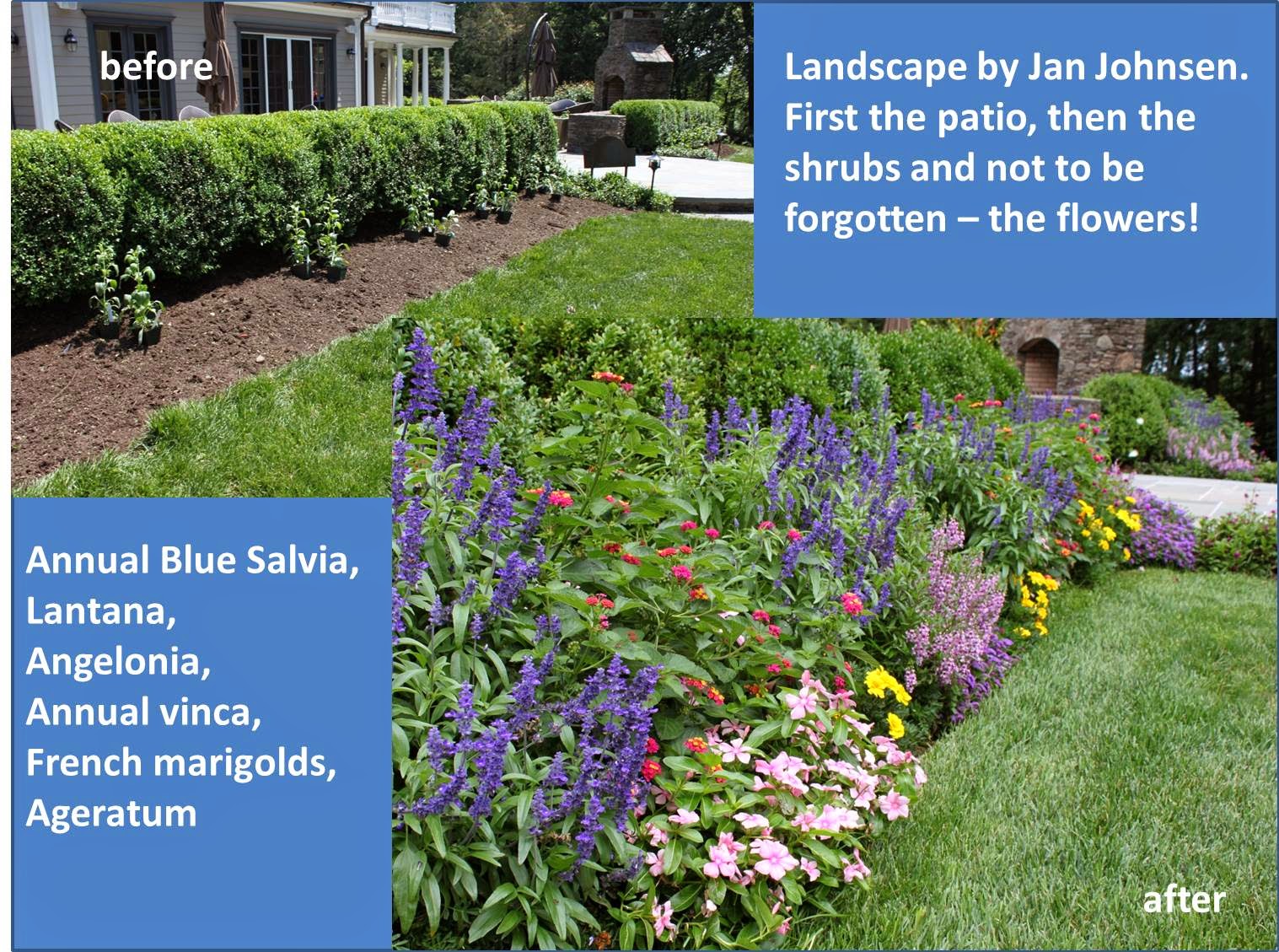 before and after   Everyone loves 'before and after' photos...Here is a a B & A of a flower bed....time to plan for the flowers....
Post a Comment
Read more 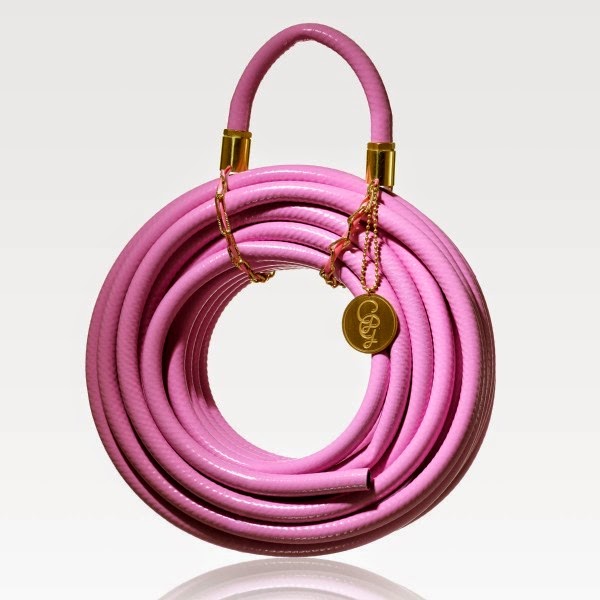 Garden Hose in Radiant Orchid  from Boxhill  The lowly garden hose is now a Fashion Accessory for your House! Here is the latest from Boxhill - the Reimagined Garden Hose.   Oh NO! A garden hose in the 2014 color of the year, Radiant Orchid! The fashionistas are trooping into the garden and accessorizing the place.  Out with that 'plain jane' green, top of the line Flexogen hose that you saved up for and in with a colorful hose complete with a gold plated metal tag. What is next? A Haws watering can in Vivid Blue?  A garden tarp in a classic Ralph Lauren plaid? This is a part of the Boxhill description: "Garden hoses are not the most glamorous items in the world, but they are eye-catchers, usually  placed right in the spotlight.... Let your garden hose be an exclusive  detail on your house instead of hiding it away!" That is the height of something - I am not sure what. One question - where is the fitting at the end of the hose? I don't
4 comments
Read more

The thing to do this year is PLANT FOR THE BEES.   So if you join me on that important bandwagon I suggest you plant -  Dwarf Calamint 'Montrose White'   ( Calamintha nepeta spp nepeta 'Montrose White'). Calamintha is an herb that's native to Europe and is used in cooking in Italy under the name nepitella. This plant, I predict, will be a  'Perennial Plant of the Year'.  Why? because it is a hardy (to USDA zone 4) and delightful flowering perennial plant that is  deer resistant.   YAY! Calamintha nepeta spp nepeta 'Montrose White'  was named by Mike Yanny of Johnson’s Nursery in Menomonee Falls, Wis.  Yanny’s wife purchased the calamint from  Nancy Goodwin at Montrose Nursery . Yanny saw that the plant thrived under benign neglect and came back every year as strong as ever. He asked Goodwin if he could name and patent this particular calamint ‘Montrose White.’ She agreed. from a great garden blog click here
Post a Comment
Read more 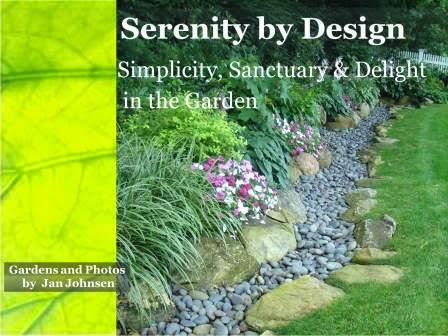 I am teaching a one day class on Wednesday April 16 at the NY Botanical Garden  It is a fun, eye opening and fun class!            (class size is limited.) I  share my insights into landscape design and how to use various cultural and ancient traditions in a garden. I discuss how to use the compelling duality of Yin and Yang in a setting, explain how each of the four cardinal directions (north, south, east, west) affects us differently, which proportions create a more harmonious setting.  I also show how to place rocks in the landscape according to the Japanese understanding. Everyone loves this. and of course, I discuss Color and its effects on our wellbeing... I show 2 beautiful powerpoint to illustrate my talk..  Handouts reinforce the information I provide. Here is what students have written: No wonder you were instructor of the year! Your talk was delightful, Jan. You gave us all a thoughtful, colorful start to planting season. I have some great
3 comments
Read more

My book is out! Thoughts on this fateful occasion... 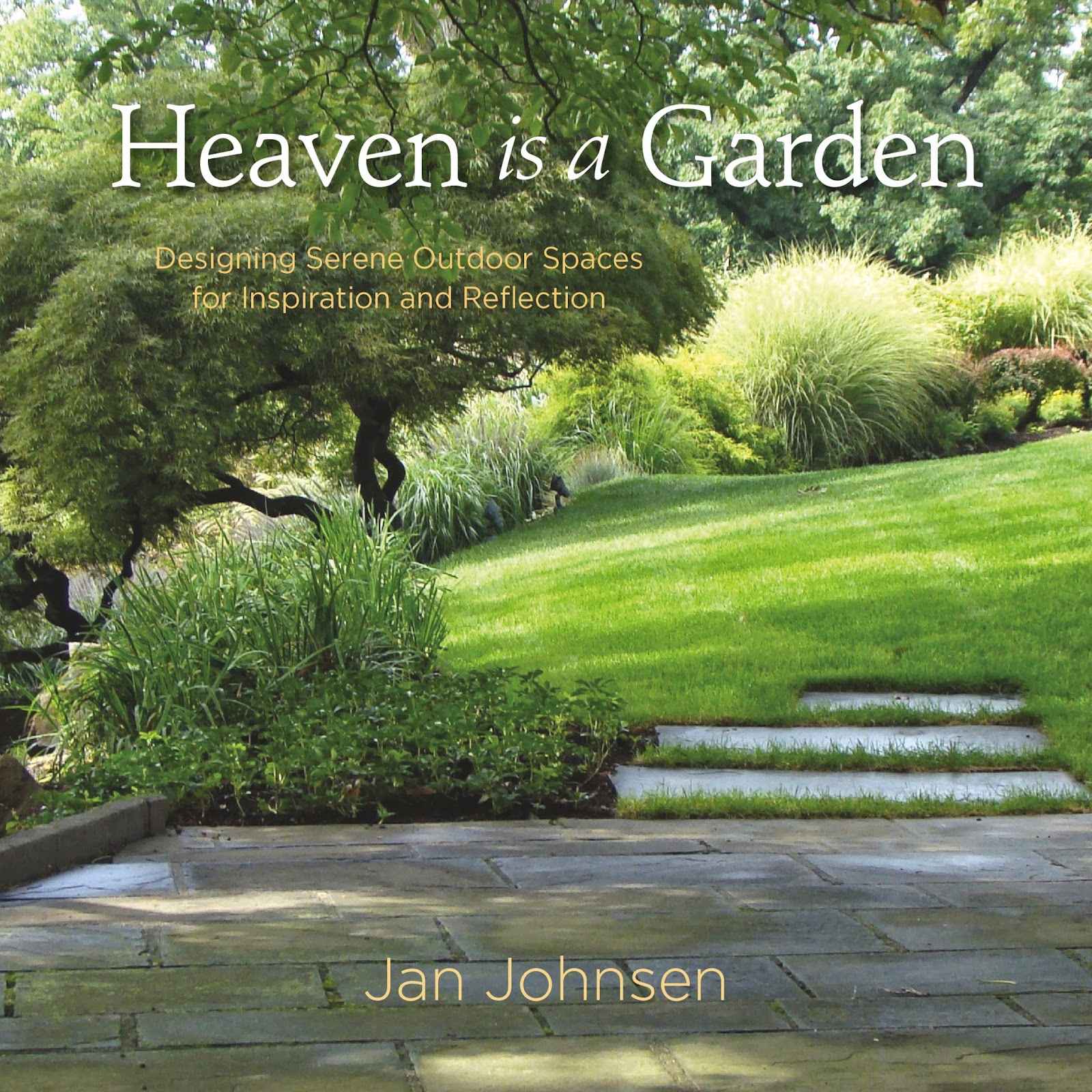 My book has shipped from Amazon and yesterday was the first day people received it!  I have to admit that I am ecstatic. It has taken me eight years to write this book and get it published.  I have met and surmounted all the obstacles. I am so happy.  Chapter: The Magic of Water from Heaven is a Garden I was told over and over by various publishers that I had no 'platform' and that my subject matter was not of interest to others. But I knew in my heart that I had something of value to share with others. St. Lynn's Press agreed with me - thank you St. Lynn's! This morning I read Wayne Dyer's latest posting and it struck a chord. I have abridged it tremendously in the interest of brevity. Here is a very abridged excerpt from Wayne Dyer's new book, " I Can See Clearly Now  " : click here for his website "My agent and publisher both feel that we’d have runaway bestsellers if I authored books on money and sex, and all concerned
19 comments
Read more
More posts