Showing posts from August, 2014
Show all

A Tuscan Garden - Garden Photo of the Day 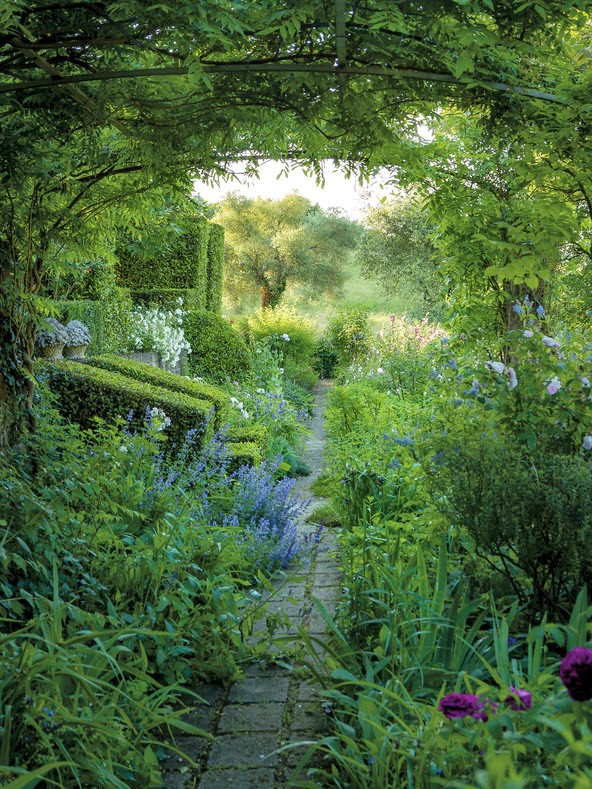 Federico Forquet has spent his long life in the fashion industry and in design of all kinds. Here is his garden in the Tuscan hills in Italy. It is a serene sanctuary.

Forquet says that creative fulfillment is a personal quest, not a public endeavor. “If you create an Empire you become an Emperor. But I prefer being a private and happy citizen of the world.”

Lazy Days of Summer - Garden Photo of the Day 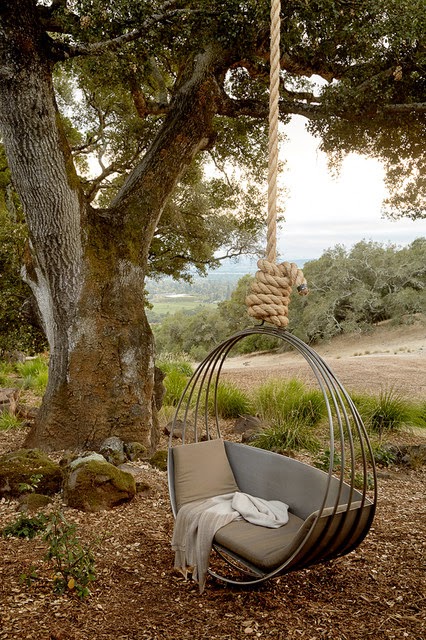 Ken Lindsteadt, architect, includes this in his page on Houzz... So alluring! wish I was there right now.....
4 comments
Read more 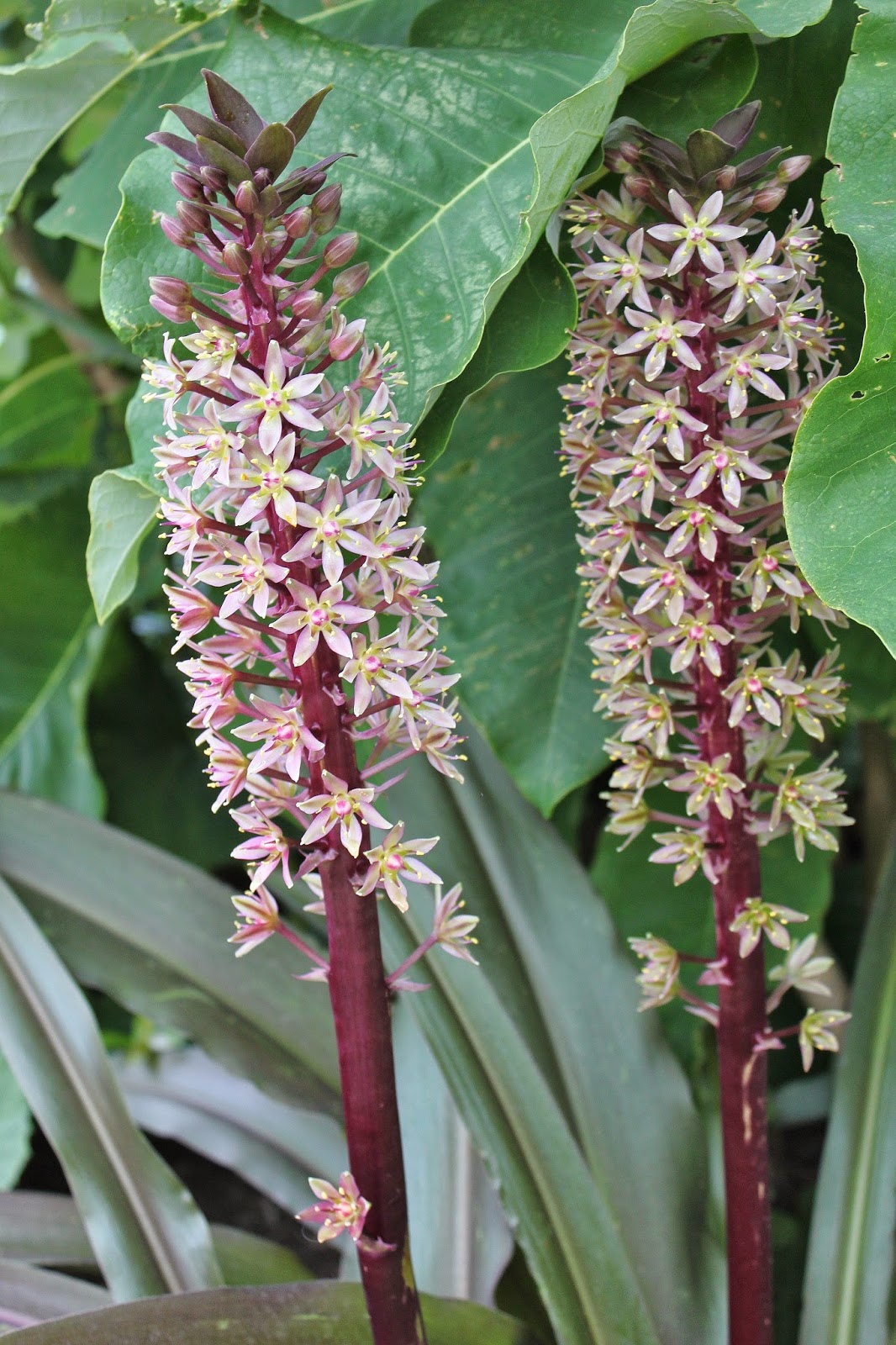 Oakhurst Pineapple Lily (Eucomis 'Oakhurst') has pineapple-like stalks of creamy flowers and strap like foliage.
A summer stunner, 20" tall!
This deep-purple leafed lily loves sun and has a tropical look. It holds its color when the weather gets extremely hot.This bulbous perennial also exhibits excellent cold hardiness.
Looks great in planters, especially with silver foliage. Lasts 21 days as a cut flower!
Give it a year after planting before you expect flowers.
USDA Zones: 6b-9

Take a Seat! Stone benches in the Landscape 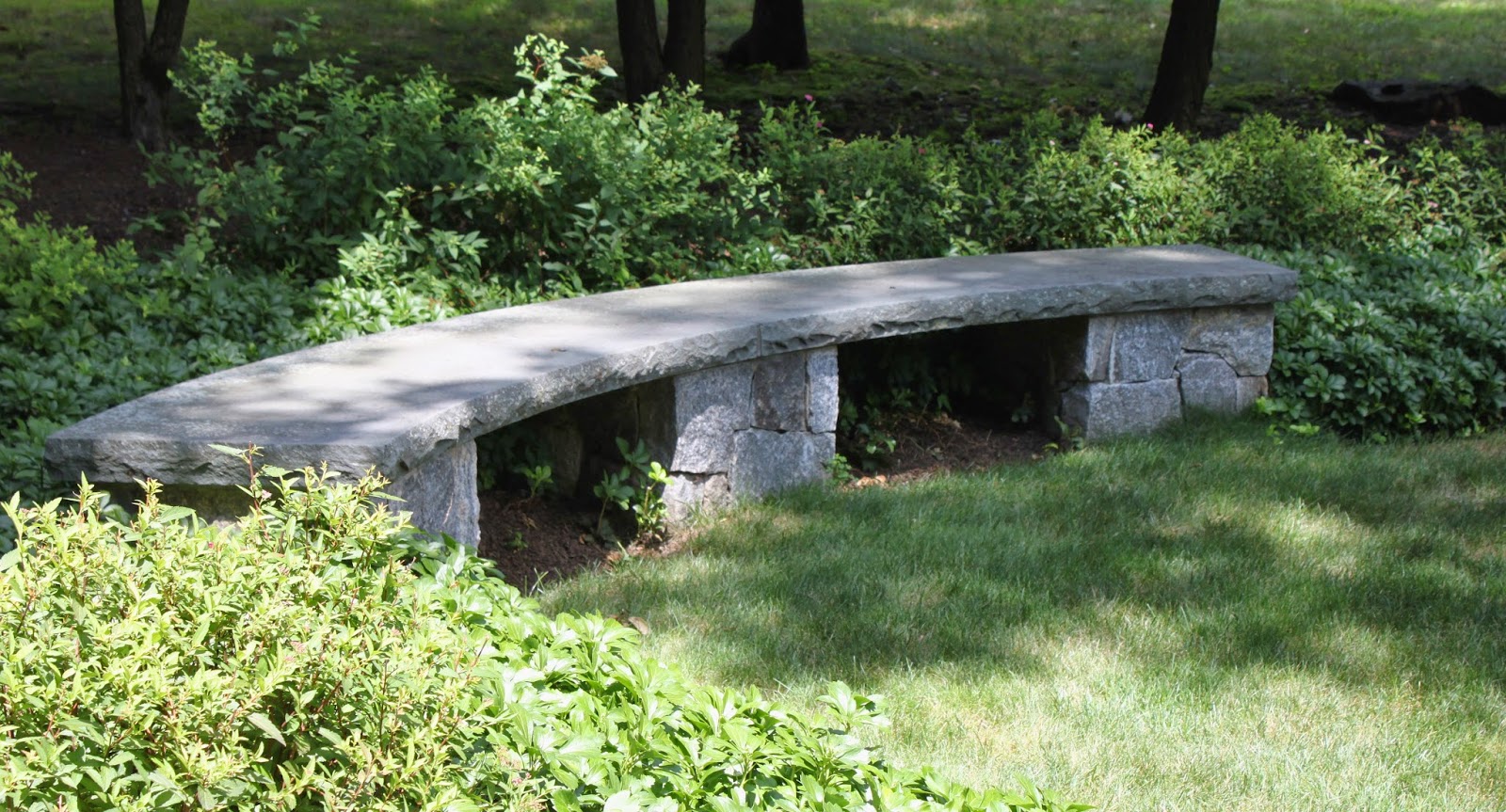 Stone Bench by Johnsen Landscapes & Pools
In August, gardens in my part of the world, are a tangle of foliage, flowers and dense tree canopies.

We know we should start cutting back, limbing up or clearing out the overgrowth but what we really want to do is sit in the cool shade and drink a tall glass of iced tea.
Antique sandstone Bench from English Garden Antiques

Ah, a place to sit in the cool leafy shade! What better contrast to the soft green lushness that surrounds you than a stone seat or bench, immutable, grounded and cool to the touch...


See some great stone benches at the Stonepost website

Stone seats in the garden have a storied history. The Druids of Northern Europe fashioned stone chairs out of boulders. It is surmised that they were used for rituals and perhaps coronations of a sort.  Today, in the British Isles and in France, you can find ancient stone seats in fields, woods and near sacred springs. 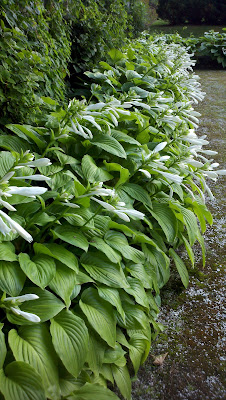 The old fashioned 'August Lily' (Hosta plataginea) is a magnificent fragrant, white flowered Hosta that deserves to be rediscovered. Perfect for an evening fragrance garden. It needs sun to bloom.
First imported to England from China in 1790, Hosta plantaginea came to the United States a short time later.

Since this species is from a more southern clime than other Hostas, it is more heat loving than most. It also blooms later in the year and features a honeysuckle like fragrance!

The large white flowers of Hosta plantaginea certainly puts it in a class by itself.  They  are 6 inches long, pure white and open at 4 pm in the afternoon.

(Most hostas have flowers that open around 7 am in the morning).

And the best feature for me is that Hosta plantaginea continues to produce new leaves all summer long! This is a particular advantage when the original spring foliage becomes damaged or diseased. So the hosta leaves look as fresh in August as they do in spring.

Garden Word of the Week - Pappus 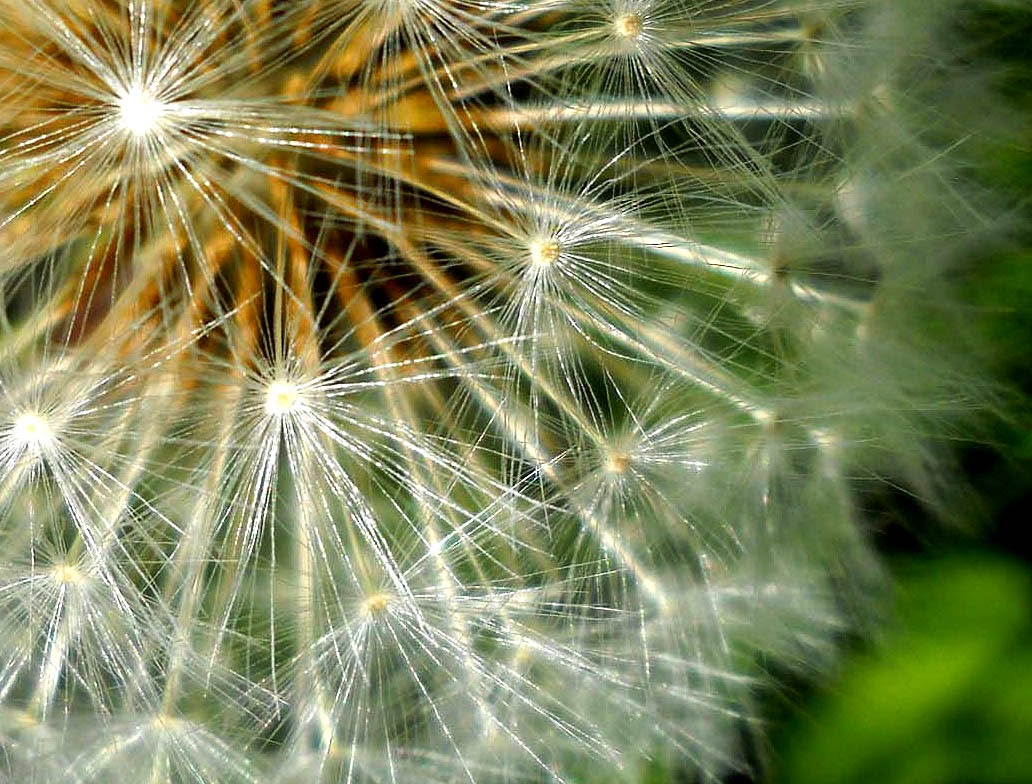 The pappusis found in flower heads of the plant family Asteraceae.  The pappus may be composed of bristles, sometimes feathery. In some species, such as Dandelion or Eupatorium, feathery bristles of the pappus function as a "parachute" which enables the seed to be carried by the wind.
The name derives from the Ancient Greek word pappos, meaning "old man", used for a plant having bristles and for hairy seed of certain plants.

The Magic of Frost Flowers 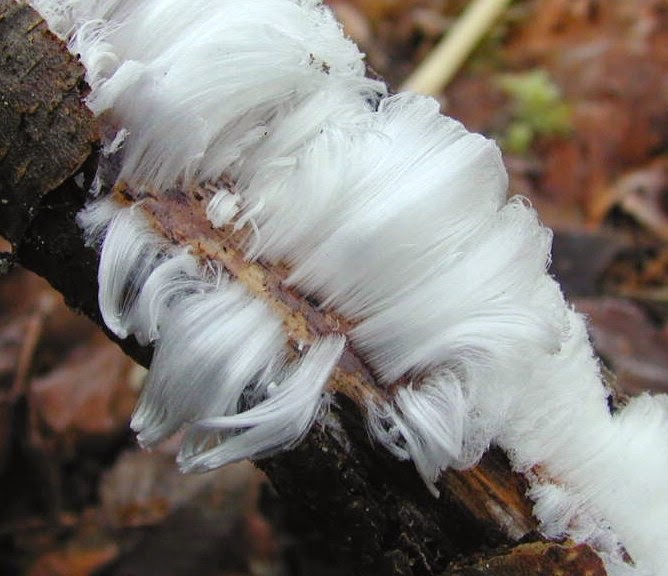 
Rabbit ice forms when the air hits freezing temperatures and sap in the stems of plants expands as it freezes, causing cracks to form along a stem. Water is then drawn out through the cracks, freezing as it hits the air, and forms layer after thin layer as more water is drawn out, eventually creating petals or ribbons of ice.

It looks like a puff-ball of cotton candy made up of clusters of thin, curved ice filaments.

Your best chances of spotting rabbit frost is in the early mornings in wooded, shaded areas when weather conditions are just right.

I have never seen it in person - good luck!

In Praise of Butterflies 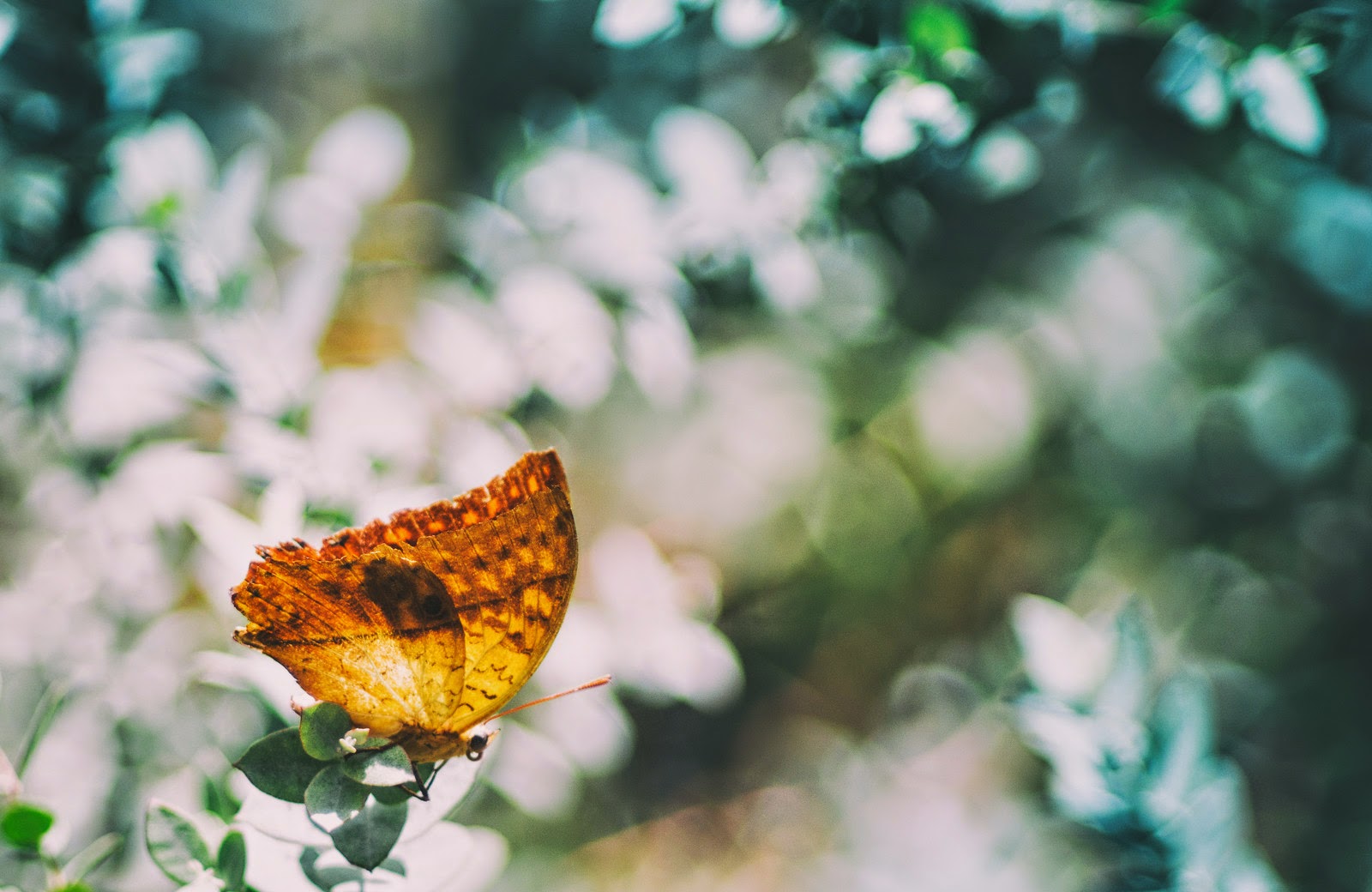 It is butterfly season now and I search for them everywhere.

They are few and far between because of the pesticides people use.

Ironic, isn't it? We apply poison to have unmarred flowers and leaves only to kill the very creatures that the flowers are here for.

Here is what others have to say about these magical little beings:

"The butterfly counts not months but moments, and has time enough."
- Rabindranath Tagore

"What the caterpillar calls the end of the world the master calls a butterfly."  - Richard Bach

“Well, I must endure the presence of a few caterpillars if I wish to become  acquainted with the butterflies.”

“Butterflies are self propelled flowers.”
― Robert A. Heinlein


“We are all butterflies. Earth is our chrysalis.”
― LeeAnn Taylor 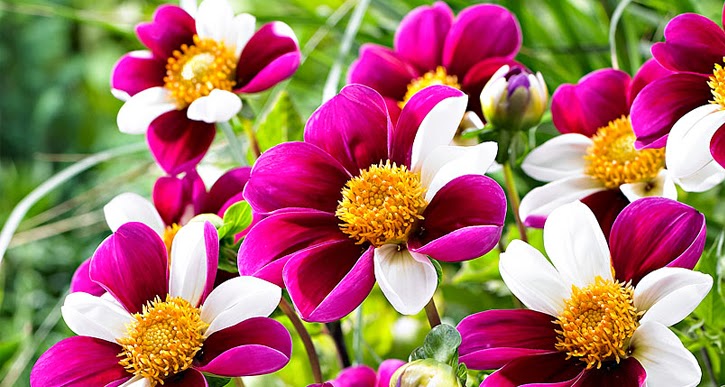 If Emerson was right, then the earth in my part of the world, the northeast United States, is guffawing right now.


Chuckling up lantana, giggling petunias.....how could you not smile?
Flowers make us happy—but why?

Well, a fascinating study in the journal of  Evolutionary Psychology – ISSN 1474-7049 – Volume 3. 2005. - 121 reported on this phenomenon.
Psychological researchers from Rutgers University wrote,
"An Environmental Approach to Positive Emotion: Flowers"

Some of their findings include (I chose the following excerpts from their study):
"our results indicate that the simple presentation of flowers, even a single flower, will release a strong and immediate behavior reflecting positive affect... 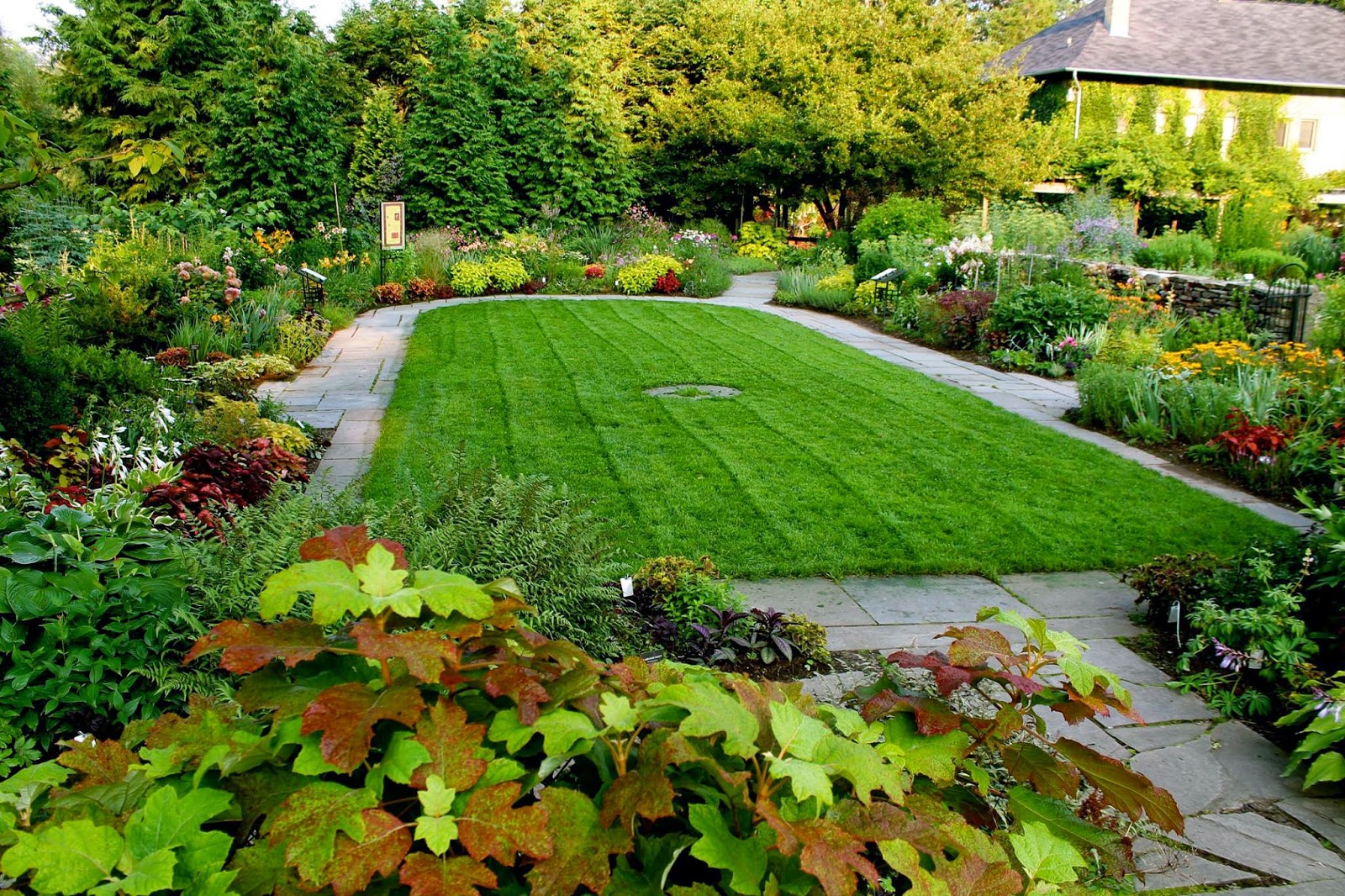 The Cornell Plantations gardens in Ithaca, New York are intoxicating in summer!

This is the YOUNG FLOWER GARDEN there.  This garden celebrates our responses to significant plants by revealing how these plants are reflected in art, literature, ceremony, the symbolic meanings they communicate,

and the emotions they evoke.  The Young Flower Garden is a combination of annuals, perennials, and shrubs hardy to a northern climate.  They have booklets that focus on the lore and cultural uses of 10 common flowers: the rose, carnation, daisy, sunflower, poppy, lily, iris, tulip, peony, and chrysanthemum. Click here to download a plant list for this garden  (pdf file, 46 pages). 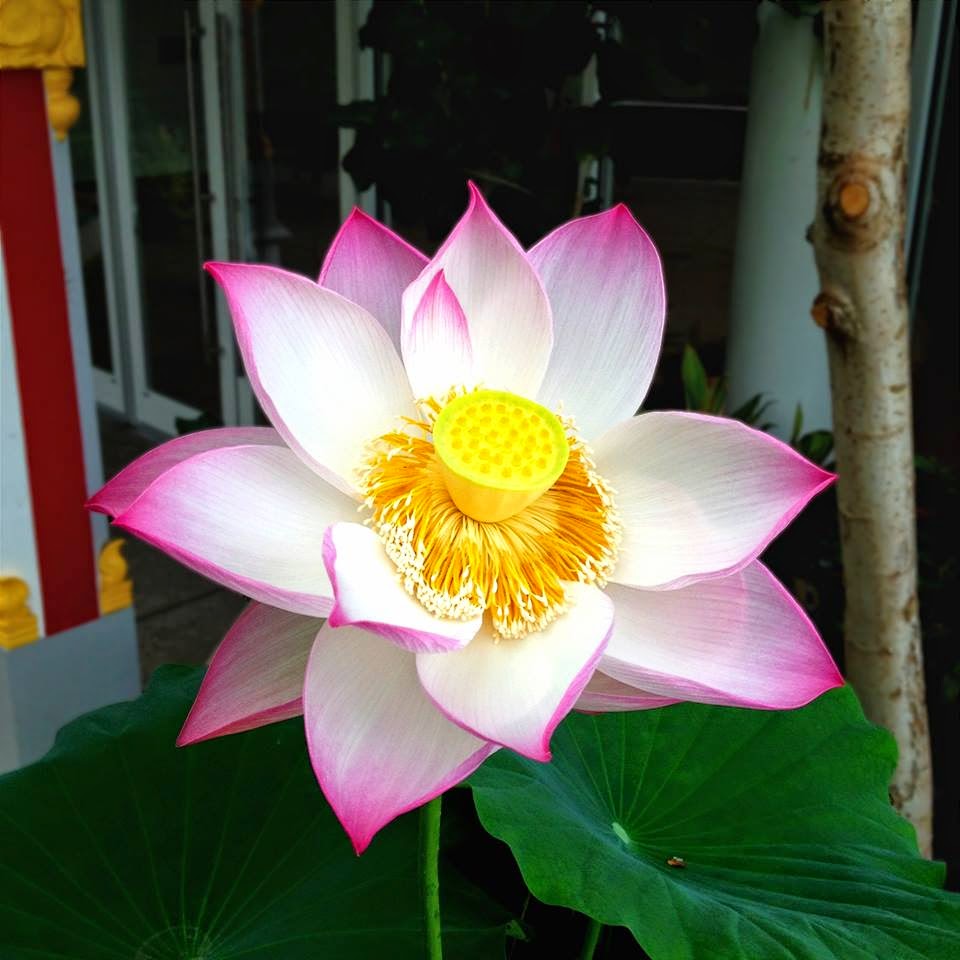 The sacred lotus flower at the Phipps Conservatory in Pittsburgh, Pa. Highly Recommended!  An amazing place to visit.
Click here for their website. 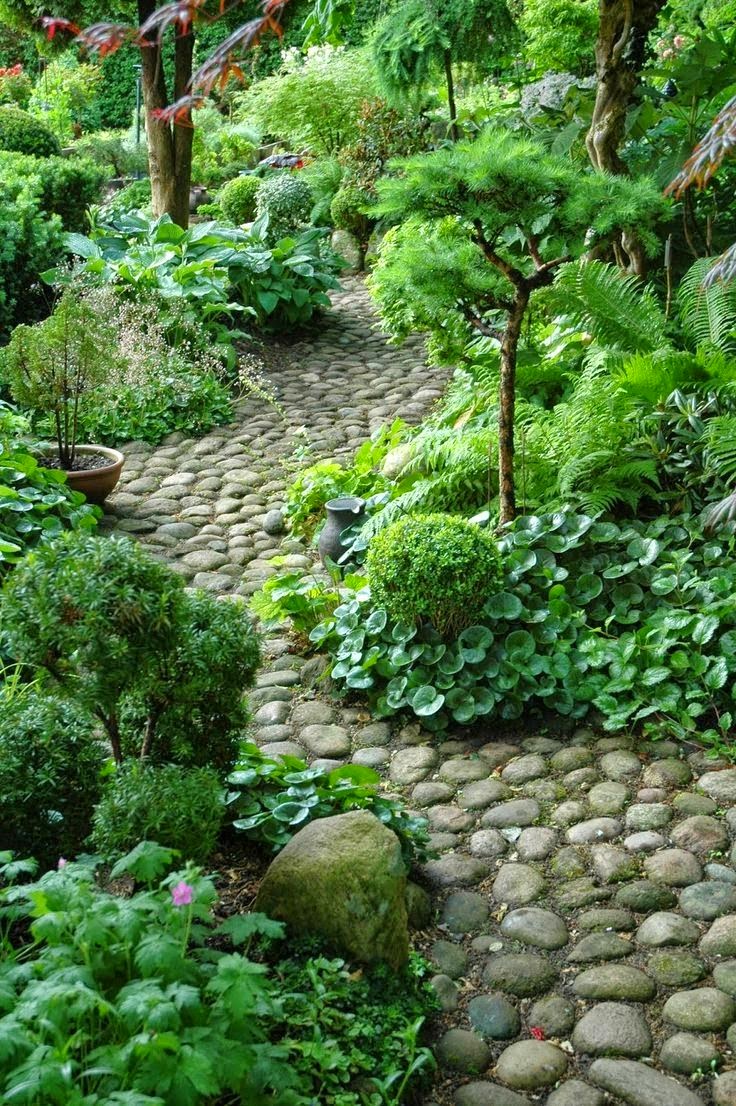 As the pace of modern life quickens, our desire for an outdoor oasis, where we can find some peace and comfort, increases.

We look to plants, earth and sky for inspiration for our environment.

Sherwin Williams made this very short video to celebrate the colors of earth and sky for a 2015 color mix. click here:

and here are the 2015 colors they recommend for this feeling: 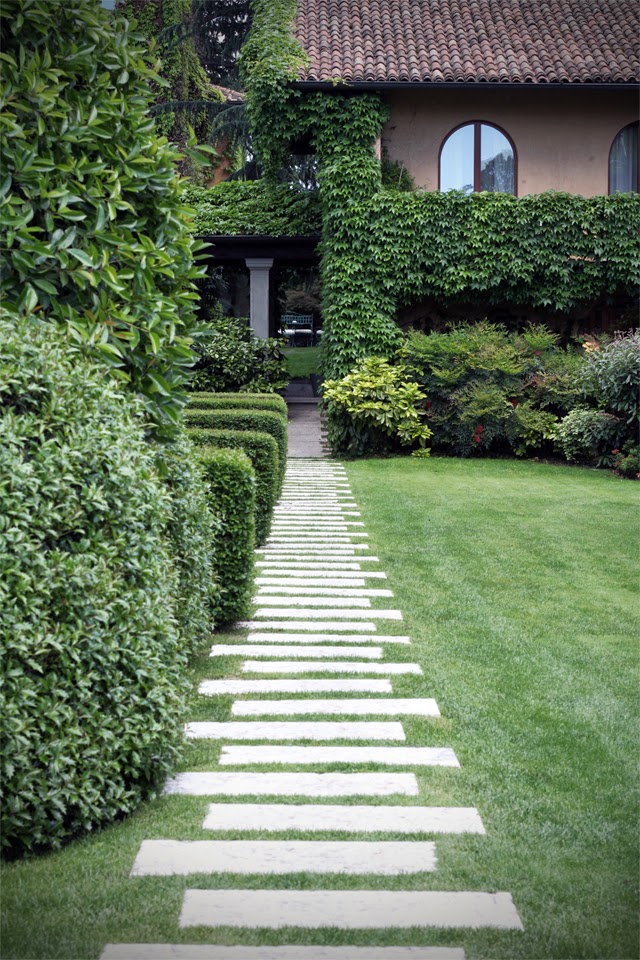 How inviting and simple!  The alternate layout of the narrow stone  pavers  is so elegant and functional.

The shrubs along the side create safety and shelter....the arched window in the distance adds to the allure.

This is at the L'Albereta, the five-star resort in Lombardy.